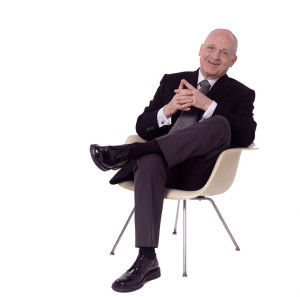 “Greenberg is the most knowing, most serious practitioner of Classicism currently on the scene in this country…. Greenberg belongs in a succession of Charles Follen McKim, Daniel Burnham, Henry Bacon, John Russell Pope, and Arthur Brown. And above all he belongs to the succession of Greece and Rome, of Vignola and Sanmicheli, of Vanvitelli, Ledoux, and Labrouste, to the visionary company of those who play the great game of Classicism.”

“Allan Greenberg’s buildings embody joyous, sensuous form, an underlying coherence of formal organization, and a wide range of references made fresh with intelligible and intelligent departures from expectations. In all his works a robustness pervades an artful distillation and inventive expansion of the broad traditions of classical architecture.”

“Allan Greenberg has worked to make classicism meaningful in our time, and he has succeeded.”

Born in Johannesburg, South Africa, Allan Greenberg was educated at the University of Witwatersrand, where he trained in classical, Gothic, and modern architecture. He worked for leading Scandinavian modernist architect Jørn Utzon, with whom he worked on the Sydney Opera House. After receiving his Master of Architecture degree from Yale University in 1965, he spent two years in the City of New Haven’s Redevelopment Agency and later served as Architectural Consultant to Connecticut’s Chief Justice from 1967 to 1979. He received his U.S. citizenship in 1973.

In 1972 Greenberg established his firm, which currently has offices in New York City and Alexandria, Virginia. The firm has an international reputation for combining contemporary construction techniques with the best architectural traditions to create solutions that are both timeless and technologically progressive. Projects include master plans, feasibility studies, new construction, renovations, restorations, and interior and furniture design for academic, institutional, religious, commercial, residential, and retail clients. Completed projects are found throughout the United States, as well as in Europe and the Middle East.

Greenberg’s articles, teaching, and lectures have exerted a strong influence on the study and practice of classical architecture. He has taught at Yale University’s School of Architecture and School of Law, the University of Pennsylvania, the Department of Historic Preservation at Columbia University, and the University of Notre Dame. He has written books and articles, both scholarly and popular, on the dynamic and enduring qualities of traditional architecture and design. A monograph of his work was published in 1995, followed by George Washington, Architect, in 1999. His recent books include The Architecture of Democracy: American Architecture and the Legacy of the Revolution, published by Rizzoli in July 2006, and Lutyens and the Modern Movement, released by Papadakis Publisher in 2007. In the October 2013, Rizzoli published a monograph of his recent work, Allan Greenberg: Classical Architect.

In 2006, Greenberg was the first American to be awarded the Richard H. Driehaus Prize for Classical Architecture, in recognition for built work and scholarship that has enriched the American architectural and cultural landscape.